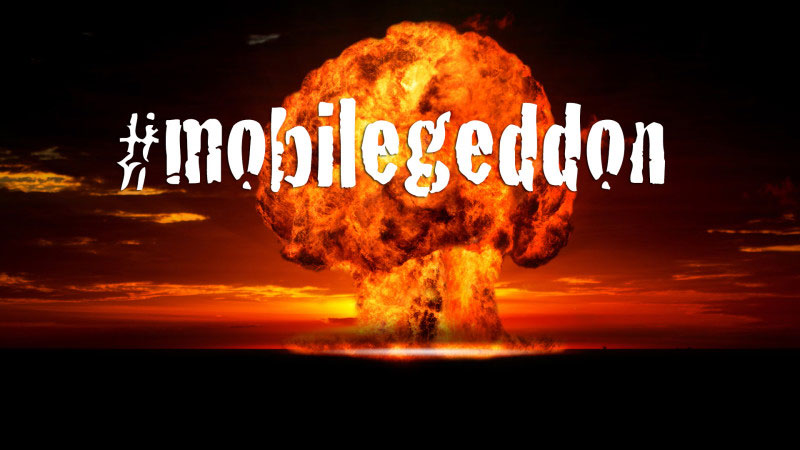 If you’ve spent time working to improve your Web site’s organic rank status with Google, you’ve probably learned about algorithms and are aware that Google makes small changes to its algorithms fairly often over the course of a year without impacting established rank structures too much.

The BIG new is that today Google released an update, widely referred to by the press and industry folk alike as “Mobilegeddon,”  that’s meant to significantly change things!  They’ve decided to push the World-Wide Web of sites to resolving better on mobile phones where (starting this year) 50% of searches occur.

Starting today Google plans to penalize sites that are not responsive to mobile/tablet devices.

The “Mobilegeddon” update will give a significant boost to mobile-friendly sites leaving those not-so-friendly sites so far down in mobile search results that, for all intents and purposes, it’ll disappear.

Responsive Web sites (like my own www.silvana.net) are built with code that detects which device (iPhone, iPad, laptop, desktop) is calling it and literally changes the layout to tailor to that particular landscape.  While being responsive isn’t the ONLY thing a site needs to rank well, it has become a very heavily weighted criteria.

As I mentioned, there’s been lots of press about this, here’s a good Wall Street Journal article explaining things titled, Websites Prep for Google’s “Mobilegeddon.”