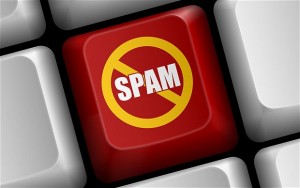 Aren’t there laws against Spam?  Glad you asked!  Yes, the CAN-SPAM Act of 2003 (signed into law by President George W. Bush on December 16, 2003) established the United States’ first national standard for the sending of commercial e-mail and requires the Federal Trade Commission (FTC) to enforce its provisions.

This Act regulates, to some extent:

While it obviously didn’t stop spam, it did make it illegal and hopefully, ultimately, less attractive to spammers (like I said, we can only hope!).

There are also many other laws and regulations around the world surrounding electronic marketing. If you live or work in Canada, or mail to folks who do, you’ll want to be sure to collect and catalog express consent as outlined in the new Canadian Anti-Spam Laws (CASL) as well.